Periodontal disease is progressive inflammation in gums that destroys the gums and the surrounding tissues (bones, periodontal ligaments) around the teeth which can lead to tragic consequences. It is therefore worth learning more about this common problem (see here) to be ready to start counteracting its negative effects as soon as possible.

We need to keep in mind that untreated periodontal disease affects not only the teeth but the whole organism and also other organs (e.g. the cardiovascular system). For that reason gum disease should be treated as early as possible. 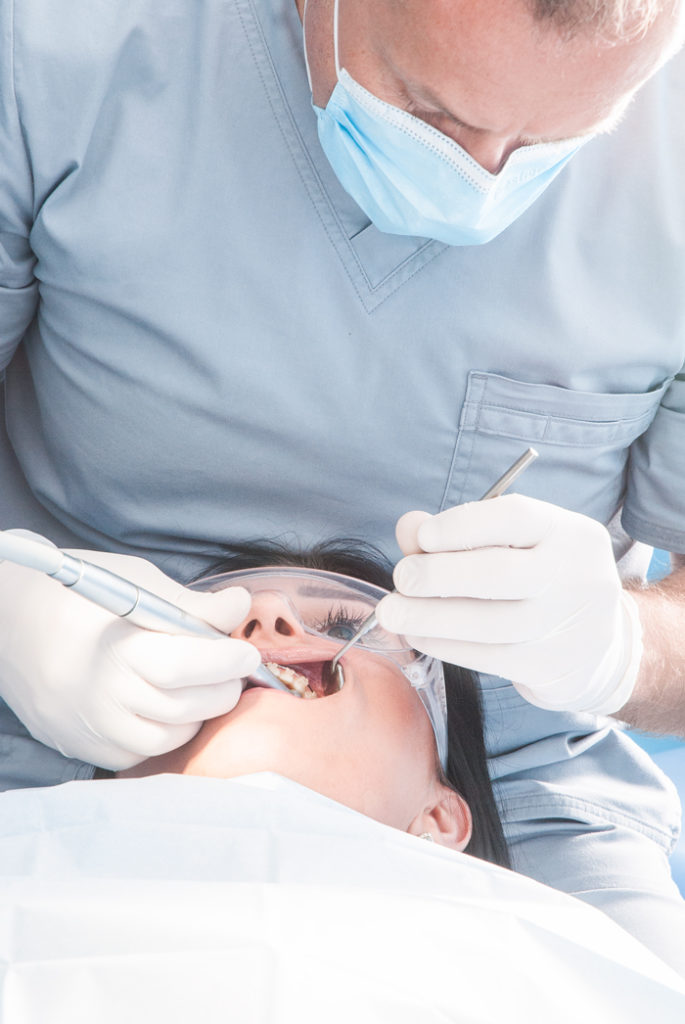 The treatment of periodontal disease depends on the type and stage of the disease. Initially it starts with elimination of the cause, and then the symptoms are relieved.

In order to remove the source of the disease, in the Miladent Clinic we treat the inflammation with:

Periodontics is a field of dentistry, specializing in the prevention, diagnosis and treatment of gum disease. Periodontal disease is the most common cause of tooth loss after age 35. It is believed that around 80% of the population over the age of 30 may suffer from this disease to varying degrees of severity. The disease process is usually slow and painless. Most adults with periodontal disease are unaware of it. Causes of the development of the disease can be multiple, for example, smoking cigarettes, pregnancy, diabetes, chemotherapy, drugs prescribed for heart disease, epilepsy, and even birth control pills and antidepressants.

The main cause of periodontal disease is the accumulation of plaque bacteria that irritate the gums, causing their redness, sensitization and swelling. The untouched plate changes into a hard material called tartar that must be removed to stop the disease. Over time, gum tissue is destroyed by plaque and its byproducts, resulting in the so-called “gum pockets” between the teeth and gums. Plaque and tartar begin to fill these pockets displacing a tooth that is successively destroyed.